Inspired by the legendary AKG K702 65th-anniversary edition, this rendition features the same dynamic driver technology and superior build quality—plus a few updates in the sound and comfort departments.

https://www.massdrop.com/buy/akg-k7xx-m ... hones/talk
What’s the quick summary of the K7XX?
The idea and goal of the K7XX was to take the very best from across the AKG 700-series and create a definitive version designed by and for the audiophile community. Lastly, the goal was to offer this version at an incredible price to performance ratio. The following are a few of the key design features.

2. Memory Foam Padding: Absent in the K701 and K702, the K7XX uses memory foam padding which was first introduced in the K702 65th Anniversary Edition. The impact of this choice is that the Annies and the K7XX maintain the same performance in the highs and mids that the 700-series are known for but with an improved 3dB bass increase.

3. Black Colorway: This one is new and unique to the K7XX and was a result of feedback from the Audiophile community during the design process. In general, there was a strong preference for a sleek all-black look. As project86 (a key contributor on Head-fi) puts it, “[the] K7XX is ninja black and gloriously free of any obnoxious accents. It's arguably the best looking variation in the history of the series.”

4. Same Build Quality & Manufacturing Process: The K7XX is built with the same quality and under the same manufacturing process as the rest of the 700-family. It’s made for audiophiles, and we know that everyone would expect no less. K701
The K701 is a lean, bright headphone. The peaks in the upper mids are prominent giving them this artificial presence in this range. This can make the mids as a whole sound uneven. The bass is not neutral it drops offs making them sound very detailed the mid-high frequencies. This makes them great for games or anything needing a super wide soundstage. The stage is artificial though, it seems endless with no definition. The sound as a whole is dry and harsh it's almost a horrible sounding headphone to my ears for music, but rather nice for open world games.

K702
The difference are almost not even noticeable but my annoyingly sensitive to detail ears found the soundstage to be ever so slightly smaller and an ever so slightly more present low end. Apart from that the headphones are pretty much identical in tone, dryness and detail and everthing else. The minute difference are not even worth speaking about to be honest but I'd be lying if I said these were 100% the same, this could be production variation though.

Q701
The Q's added a bit more bass bringing them about neutral or maybe slightly below. Mids sound more balanced due to the upper mid peak being tamed. It seems to show it's self in a minor way with harsh recordings. The treble seems about right, it's not super bright like the K701 and it's a slightly warmer headphone overall making it suitable for  genres of music although not quite as versatile as I like. The final result of this headphone is a smoother listening experience with a more controlled soundstage without losing too much detail Don't get me wrong, I'm saying the Q701 is a smooth headphone, it's a SMOOTHER version of the driver.  Directly compared,  you can tell they share the same driver but the Q701 is a better version for music.

Original K702 65th Anniversaries (Small Pads)
Don't let the K702 in the name fool you!  It's based on the Q701 version of the K7 series driver as opposed to the K701 or K702. First thing I  noticed when I put the Q701 pads on the Annie was they sound the same but noticed a slight warmth in the Annies driver. This could again, be production variation or handpicked drivers for the Annie. The warmth isn't a big deal but it's there and it's noticeable if you have a good ear for differences. I came away happy with the result that the Annie stripped down is the Q701 and not the peaky K701 or K702. The original pads give the Q701 a forward up close and almost fatigue free sound; think Sennheiser HD650, LCD2 forward but with a bit more obvious detail and a more spacious soundstage. The treble is more rolled off but still present keeping some detail and the bass was boosted adding extra warmth adding a more pleasant sound and eliminating the extra dryness the Q701 didn't catch from the K701. The final result is smoother, intimate, smoother sound.

AKG K712 Pro
Before these came out, people straight away were saying these are the 65th Annies. I mean it made sense because other companies have done the same thing; i.e Sennheiser HD580 Jubilee which was the HD600. The thing people didn't remember though was that the 65th Annie got a lot of complaints from people who enjoyed the older models because the loss of soundstage, detail due to it's lush; creamier and more rolled off sound compared to the other AKG's. The K712 again, first thing place some Q701 pads on them to see the result..Ouch, so dry, so harsh but super airy and extended! straight away they reminded me of the K701/K702.
With the K712 pads back on the warmth found in the Annie was almost present, it's not 100% identical. I found the Annie to go a bit lower while the K712 had a bit more presence. The K712 keeps a dryish nature here due to it's prominent peaks and treble. The actual treble is slightly more subdued than the K701/K702 because of the memory foam pads. The peaks seems artificially enhanced to keep detail that would otherwise disappear due to the more air killing pads of the K712. The mids on this headphone due to the more extended treble and peaky upper mids sound thin and lacking body compared to it's blue and grey sister, the 65th Annie.  The lower mids are pushed back more making voices sound less up front.
One thing I noticed was the foams on the inside were different to the Q701, Annie. It was more dense with less pockets.
I decided to put the Q701 foams in, the result was the bass didn't seem as present compared to the K712 foam. Again not a massive issue, but noticeable.
The problem I had with this headphone was that while it's the best gaming headphone I've ever had due to it's ability to be an all rounder; it was just too sharp for my ears and I prefer a more liquid, smoother presentation. Those who like the airy, detailed nature of the K701 but want a bit more bass will like the K712.

AKG K702 65th Anniversaries 2nd revision (K712 pads)
Not really a revision as it wasn't documented by AKG. They decided to change the pads, maybe because the lack of air and lack of typical AKG character with the first Annie or they simply just wanted consistency. The sound has changed a bit, it's still smooth, still fairly intimate. Not quite as lush and upfront as the Old Annie. It's a change for the better technically because, it's a bit more spacious and extended. I Purchased the old Annie recently to refresh my memory. It still has the smooth nature but the peak seems a bit more visible in hot recordings but it's still not a problem.
Mids are intimate but not as intimate as the old Annie. Bass sounds the same in presence and impact. Imaging is the same, that's one thing that remains constant is the K7 series driver's  ability to image even though the older Annie was darker.  Those who found the K712 too dry or harsh or the old Annie too intimate will like this version better. Overall sound, smooth, detailed, good soundstage but still not as good as the K712, neutral bass, slightly warm. Just to add the Q701 pads on these still show the slight extra warmth but is 98% or so the same.

AKG K7XX Massdrop edition
The biggest confusion so far is these. People are asking are these the K712 or the Annie?  I'm going to say right now, they are the Annie, which is the Q701. For those who want it clearer
Q701 + K712 Pads = 65th Annie = K7XX
Everything  I mentioned in the 2nd Annie revision page is the same as these. The only difference is the Writing on the buttons and the caps isn't raised, it's printed. Everything else feels the same regardless of the China move.
Now just to add something else about the K712. It's not confirmed because AKG say they are a different driver, but the K712 I believe is just the K701/K702 driver with slight difference like a more boosted mid peak and extension up top. It sounds like it's just a simple tune rather than a completely new driver. It's still a K7 in the same so it's pretty much the same surely? I'm sticking to my opinion and findings in that the K712 is the K701 with the more dense foam to bring the bass up over the K701 to assist the memory foam pads with the presence and bass texture. Finally a more prominent peak and treble so detail doesn't get lost in the warmth. 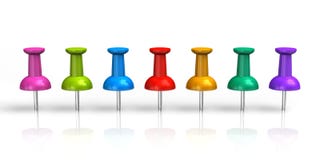